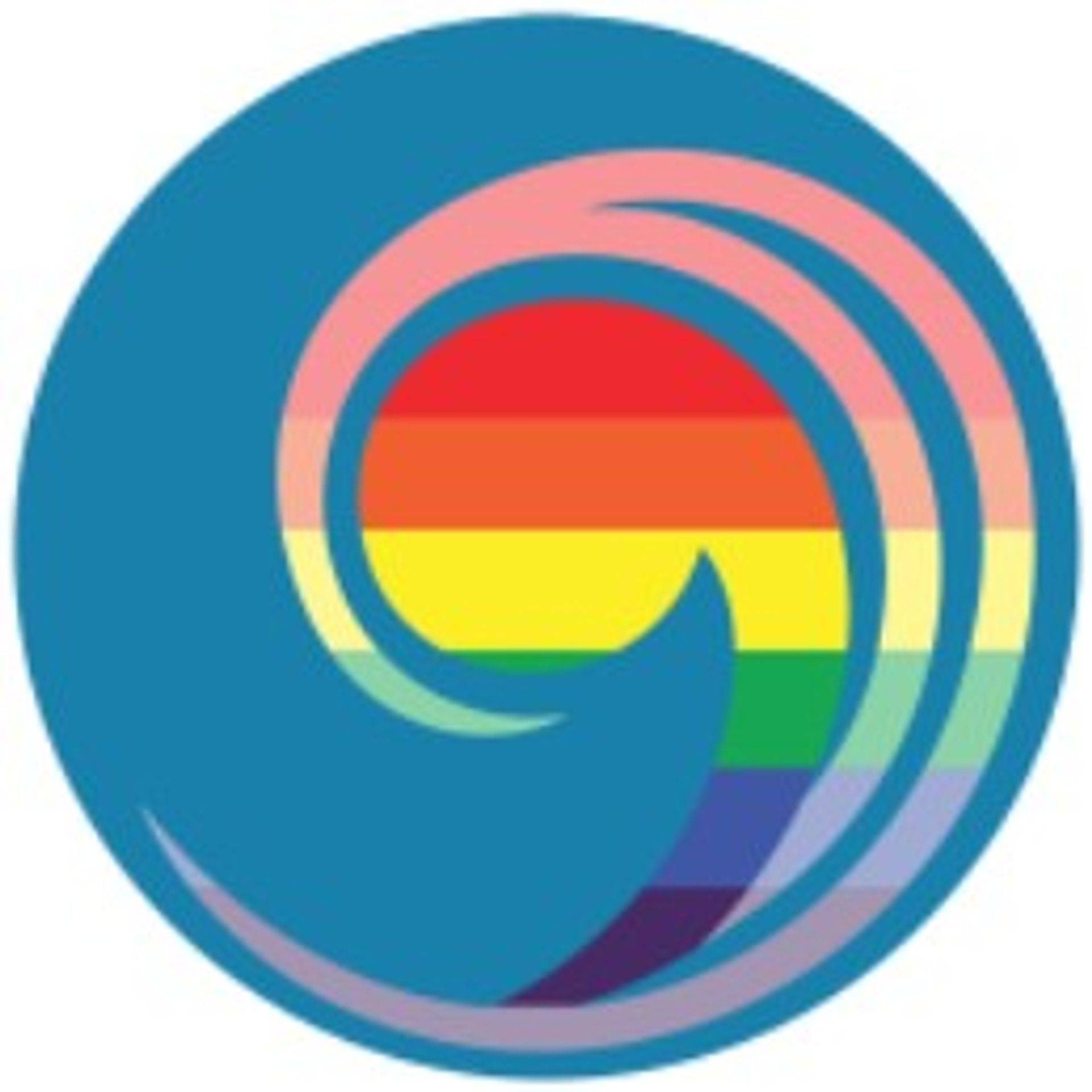 A Song of Victory

O give thanks to the Lord, for he is good;
his steadfast love endures for ever!


Let Israel say,
‘His steadfast love endures for ever.’

Open to me the gates of righteousness,
that I may enter through them
and give thanks to the Lord.


This is the gate of the Lord;
the righteous shall enter through it.


I thank you that you have answered me
and have become my salvation.
The stone that the builders rejected
has become the chief cornerstone.
This is the Lord’s doing;
it is marvellous in our eyes.
This is the day that the Lord has made;
let us rejoice and be glad in it.
Save us, we beseech you, O Lord!
O Lord, we beseech you, give us success!


Blessed is the one who comes in the name of the Lord.
We bless you from the house of the Lord.
The Lord is God,
and he has given us light.
Bind the festal procession with branches,
up to the horns of the altar.


O give thanks to the Lord, for he is good,
for his steadfast love endures for ever.

“For the kingdom of heaven is like a landowner who went out early in the morning to hire laborers for his vineyard. After agreeing with the laborers for the usual daily wage, he sent them into his vineyard. When he went out about nine o’clock, he saw others standing idle in the marketplace; and he said to them, ‘You also go into the vineyard, and I will pay you whatever is right.’ So they went. When he went out again about noon and about three o’clock, he did the same. And about five o’clock he went out and found others standing around; and he said to them, ‘Why are you standing here idle all day?’ They said to him, ‘Because no one has hired us.’ He said to them, ‘You also go into the vineyard.’ When evening came, the owner of the vineyard said to his manager, ‘Call the laborers and give them their pay, beginning with the last and then going to the first.’ When those hired about five o’clock came, each of them received the usual daily wage. Now when the first came, they thought they would receive more; but each of them also received the usual daily wage. And when they received it, they grumbled against the landowner,

Early on the first day of the week, while it was still dark, Mary Magdalene came to the tomb and saw that the stone had been removed from the tomb. So she ran and went to Simon Peter and the other disciple, the one whom Jesus loved, and said to them, “They have taken the Lord out of the tomb, and we do not know where they have laid him.” Then Peter and the other disciple set out and went toward the tomb. The two were running together, but the other disciple outran Peter and reached the tomb first. He bent down to look in and saw the linen wrappings lying there, but he did not go in. Then Simon Peter came, following him, and went into the tomb. He saw the linen wrappings lying there, and the cloth that had been on Jesus’ head, not lying with the linen wrappings but rolled up in a place by itself. Then the other disciple, who reached the tomb first, also went in, and he saw and believed; for as yet they did not understand the scripture, that he must rise from the dead. Then the disciples returned to their homes.

But Mary stood weeping outside the tomb. As she wept, she bent over to look into the tomb; and she saw two angels in white, sitting where the body of Jesus had been lying, one at the head and the other at the feet. They said to her, “Woman, why are you weeping?” She said to them, “They have taken away my Lord, and I do not know where they have laid him.” When she had said this, she turned around and saw Jesus standing there, but she did not know that it was Jesus. Jesus said to her, “Woman, why are you weeping? Whom are you looking for?” Supposing him to be the gardener, she said to him, “Sir, if you have carried him away, tell me where you have laid him, and I will take him away.” Jesus said to her, “Mary!” She turned and said to him in Hebrew, “Rabbouni!” (which means Teacher). Jesus said to her, “Do not hold on to me, because I have not yet ascended to the Father. But go to my brothers and say to them, ‘I am ascending to my Father and your Father, to my God and your God.’” Mary Magdalene went and announced to the disciples, “I have seen the Lord”; and she told them that he had said these things to her.

When it was evening on that day, the first day of the week, and the doors of the house where the disciples had met were locked for fear of the Jews, Jesus came and stood among them and said, “Peace be with you.” After he said this, he showed them his hands and his side. Then the disciples rejoiced when they saw the Lord. Jesus said to them again, “Peace be with you. As the Father has sent me, so I send you.” When he had said this, he breathed on them and said to them, “Receive the Holy Spirit. If you forgive the sins of any, they are forgiven them; if you retain the sins of any, they are retained.” But Thomas (who was called the Twin), one of the twelve, was not with them when Jesus came. So the other disciples told him, “We have seen the Lord.” But he said to them, “Unless I see the mark of the nails in his hands, and put my finger in the mark of the nails and my hand in his side, I will not believe.”

A week later his disciples were again in the house, and Thomas was with them. Although the doors were shut, Jesus came and stood among them and said, “Peace be with you.” Then he said to Thomas, “Put your finger here and see my hands. Reach out your hand and put it in my side. Do not doubt but believe.” Thomas answered him, “My Lord and my God!” Jesus said to him, “Have you believed because you have seen me? Blessed are those who have not seen and yet have come to believe.” Now Jesus did many other signs in the presence of his disciples, which are not written in this book. But these are written so that you may come to believe that Jesus is the Messiah, the Son of God, and that through believing you may have life in his name.

Now on that same day two of them were going to a village called Emmaus, about seven miles from Jerusalem, and talking with each other about all these things that had happened. While they were talking and discussing, Jesus himself came near and went with them, but their eyes were kept from recognizing him. And he said to them, “What are you discussing with each other while you walk along?” They stood still, looking sad. Then one of them, whose name was Cleopas, answered him, “Are you the only stranger in Jerusalem who does not know the things that have taken place there in these days?” He asked them, “What things?” They replied, “The things about Jesus of Nazareth, who was a prophet mighty in deed and word before God and all the people, and how our chief priests and leaders handed him over to be condemned to death and crucified him. But we had hoped that he was the one to redeem Israel. Yes, and besides all this, it is now the third day since these things took place. Moreover, some women of our group astounded us. They were at the tomb early this morning, and when they did not find his body there, they came back and told us that they had indeed seen a vision of angels who said that he was alive. Some of those who were with us went to the tomb and found it just as the women had said; but they did not see him.” Then he said to them, “Oh, how foolish you are, and how slow of heart to believe all that the prophets have declared! Was it not necessary that the Messiah should suffer these things and then enter into his glory?” Then beginning with Moses and all the prophets, he interpreted to them the things about himself in all the scriptures. As they came near the village to which they were going, he walked ahead as if he were going on. But they urged him strongly, saying, “Stay with us, because it is almost evening and the day is now nearly over.” So he went in to stay with them. When he was at the table with them, he took bread, blessed and broke it, and gave it to them. Then their eyes were opened, and they recognized him; and he vanished from their sight. They said to each other, “Were not our hearts burning within us while he was talking to us on the road, while he was opening the scriptures to us?” That same hour they got up and returned to Jerusalem; and they found the eleven and their companions gathered together. They were saying, “The Lord has risen indeed, and he has appeared to Simon!” Then they told what had happened on the road, and how he had been made known to them in the breaking of the bread.

While they were talking about this, Jesus himself stood among them and said to them, “Peace be with you.” They were startled and terrified, and thought that they were seeing a ghost. He said to them, “Why are you frightened, and why do doubts arise in your hearts? Look at my hands and my feet; see that it is I myself. Touch me and see; for a ghost does not have flesh and bones as you see that I have.” And when he had said this, he showed them his hands and his feet. While in their joy they were disbelieving and still wondering, he said to them, “Have you anything here to eat?” They gave him a piece of broiled fish, and he took it and ate in their presence. Then he said to them, “These are my words that I spoke to you while I was still with you—that everything written about me in the law of Moses, the prophets, and the psalms must be fulfilled.” Then he opened their minds to understand the scriptures, and he said to them, “Thus it is written, that the Messiah is to suffer and to rise from the dead on the third day, and that repentance and forgiveness of sins is to be proclaimed in his name to all nations, beginning from Jerusalem. You are witnesses of these things. And see, I am sending upon you what my Father promised; so stay here in the city until you have been clothed with power from on high.”

Then he led them out as far as Bethany, and, lifting up his hands, he blessed them. While he was blessing them, he withdrew from them and was carried up into heaven. And they worshiped him, and returned to Jerusalem with great joy; and they were continually in the temple blessing God.